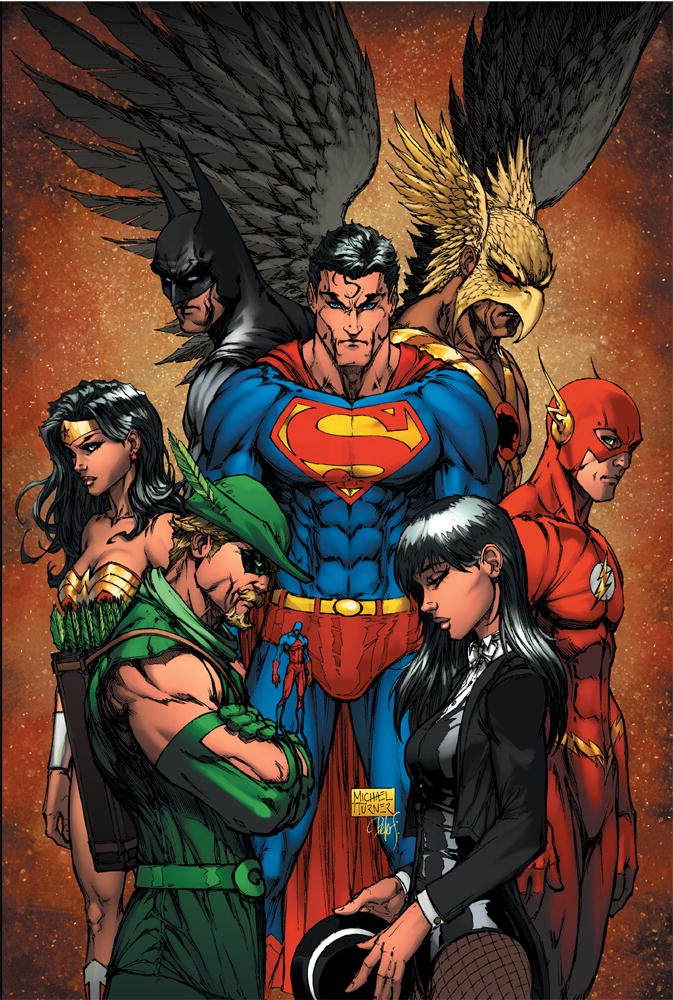 New York Times best-selling novelist Brad Meltzer (The Inner Circle, The Book of Fate) unleashed a murder mystery featuring some of the biggest pop icons in the world: Superman, Batman, Wonder Woman and the rest of the Justice League. The most talked-about and successful miniseries of 2004, IDENTITY CRISIS is a graphic novel written by Meltzer with art by Rags Morales and Michael Bair. The book delivers murder, betrayal, intrigue and an inventive look at the world of superheroes, fantastic powers and secret identities.
When the spouse of a JLA member is brutally murdered, the entire superhero community searches for the killer, fearing their own loved ones may be the next targets. Before the mystery is solved, a number of long-buried secrets will threaten to divide the heroes before they can bring the mysterious killer to justice. IDENTITY CRISIS is an all-too-human look into the lives of superheroes, and the terrible price they pay for doing good.